Showing posts from February, 2018
Show all
- February 26, 2018
In China, the Dawn of the Xi Dynasty? Chinese President Xi Jinping was nine years old when his father, a prominent communist revolutionary and vice premier of China, had a falling out with Mao Zedong. The year was 1962. Xi Zhongxun was accused of supporting a novel that Mao opposed. For this crime he was stripped of his titles, demoted, and sent to work in a factory. His wife, Qi Xin, was forced to do hard labor on a farm. Six years later, the younger Xi was among the millions of “intellectual youth” who were sent to the countryside for “re-education” during Mao’s Cultural Revolution, which sought to purge the “impure” elements of Chinese society and preserve a communist ideology.
Post a Comment
Read more
- February 22, 2018
I Spy A North Korean at the Olympics North Korean Gen. Kim Yong-chol is believed to have orchestrated a deadly attack on a South Korean warship, the bombardment of a South Korean island, and, possibly, the cyberattack on Sony Pictures. Now, the former North Korean spy chief is on a different mission. Kim Yong-chol will lead his country’s delegation to the closing ceremony of the Winter Olympics in Pyeongchang on February 25. There he is expected to meet South Korean President Moon Jae-in to pave the way for a peace summit proposed by North Korean leader Kim Jong-un. The diplomatic thaw between North and South Korea follows several months of missile and nuclear tests by Pyongyang and is playing out in the high-wattage arena afforded by the Winter Olympics.
Post a Comment
Read more
- February 21, 2018
Assad’s Forces Are Killing Dozens of Children in a Damascus Suburb Syrian President Bashar al Assad’s forces have unleashed an unrelenting bombardment of the rebel-held Damascus suburb of Eastern Ghouta that has killed hundreds—many of the victims are women and children—over the past few days. The United Nations (UN) has warned that the situation is “spiraling out of control.” The Assad regime has reportedly not even spared hospitals and schools. Targeted attacks on these locations could be tantamount to war crimes.
Post a Comment
Read more
- February 20, 2018
7 Things You Should Know About 'Mini Merkel' Under pressure to groom a successor, German Chancellor Angela Merkel has picked a “Mini Merkel” to take over as secretary general of her Christian Democrats (CDU). Annegret Kramp-Karrenbauer, a close ally of Merkel’s, is expected to be voted into her new role at the CDU congress on February 26. She will replace Peter Tauber who is stepping down after an illness.
Post a Comment
Read more
- February 16, 2018
Russians Charged with Meddling in 2016 US Election Thirteen Russians and three Russian entities have been indicted by a grand jury for interfering in the US presidential elections in 2016, US Special Counsel Robert Mueller’s office said on February 16. The thirty-seven-page indictment alleges that Russians’ operations “included supporting the presidential campaign of then-candidate Donald J. Trump...and disparaging Hillary Clinton,” Trump’s Democratic opponent, according to the Guardian .
Post a Comment
Read more
- February 15, 2018
Timeline: How Libya’s Revolution Came Undone An unusual protest erupted in Libya’s eastern city of Benghazi on February 15, 2011. Enraged by the arrest of a human rights activist, protestors clashed with police and supporters of Libya’s longtime ruler, Moammar Gadhafi, who responded with brute force. Two days later, activists called for a “day of rage.” The protests spread like wildfire across Libya, whose neighborhood was already being buffeted by the so-called Arab Spring pro-democracy uprisings. Longtime leaders, including Gadhafi, were ousted in the Arab Spring revolutions. Hundreds of thousands of lives were lost and millions were displaced from their homes. Seven years later, Libya is mired in chaos.
Post a Comment
Read more
- February 13, 2018
Total Recall: South Africa's President Zuma Told to Quit. Will He? Will he go? That’s the big question on the minds of South Africans this week as their president, Jacob Zuma, was asked to step down by the ruling African National Congress (ANC) party’s National Executive Committee (NEC). The NEC’s decision followed a marathon thirteen-hour meeting on February 12 to decide the fate of Zuma, who has been plagued by corruption allegations. Zuma’s successor, Cyril Ramaphosa, was elected president of the ANC in December of 2017, defeating Zuma’s former wife, Nkosazana Dlamini-Zuma. Ramaphosa faces a delicate balancing act. By forcing Zuma to heed the NEC’s call and resign, he would risk alienating large vote banks that remain loyal to the president.
Post a Comment
Read more
- February 08, 2018
What’s the Deal? German Chancellor Angela Merkel on February 7 moved a step closer to forming a coalition government that would include her conservative Christian Democrats (CDU/CSU) and the center-left Social Democrats (SPD). But first, more than 460,000 members of the SPD will need to approve the coalition agreement in a postal ballot.
Post a Comment
Read more
- February 07, 2018
Donald Trump Is Not the Only One Who Likes a Grand Parade US President Donald J. Trump wants a military parade —a grand military parade. Trump, reportedly inspired by the Bastille Day parade he witnessed in Paris last summer, has asked the Pentagon to organize a parade down Pennsylvania Avenue in Washington that [wait for it] tops the French.
Post a Comment
Read more
- February 07, 2018
When Politics Becomes an Olympic Sport No matter how deft the backflips or how swift the skaters, Korean unity will likely grab the spotlight (and news headlines) at the 2018 Winter Olympics which open in Pyeongchang, South Korea, on February 9.
Post a Comment
Read more
- February 07, 2018 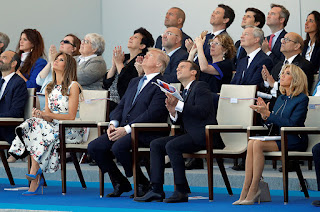 Donald Trump is Not the Only One Who Loves a Grand Parade US President Donald J. Trump wants a military parade  — a big military parade. Trump, reportedly inspired by the Bastille Day parade he witnessed in Paris last summer, has asked the Pentagon to organize a parade down Pennsylvania Avenue in Washington that [wait for it] tops the French. US President Donald Trump and French President Emmanuel Macron attended the Bastille Day military parade in Paris with their wives, First Lady Melania Trump (left) and Brigitte Macron (right), on July 14, 2017. Trump was reportedly so impressed by the display that he asked the Pentagon to host a military parade in Washington. (Reuters/Yves Herman)
Post a Comment
Read more
- February 07, 2018 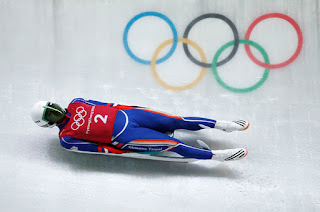 When Politics Becomes an Olympic Sport No matter how deft the backflips or how swift the skaters, Korean unity will likely grab the spotlight (and news headlines) at the 2018 Winter Olympics which open in Pyeongchang, South Korea, on February 9.   Lien Te-An of Taiwan, a luger, trains at the Olympic Sliding Center in Pyeongchang, South Korea, on February 7. The Winter Olympics will get underway on February 9. (Reuters/Edgar Su)
Post a Comment
Read more
- February 02, 2018 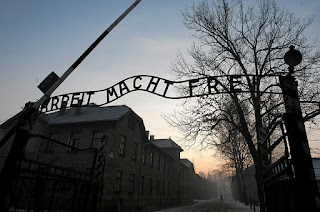 A Controversial Bill in Poland Would Make it Illegal to Use the Term ‘Polish Death Camps’ Poland’s Senate on February 1 passed a controversial bill that would make it illegal to blame Poles for crimes committed by Nazi Germany. Violations would be punished by fines or prison sentences up to three years. Polish President Andrzej Duda has previously said that he will consider signing the measure into law. That would risk a rupture in Poland’s ties with Israel and the United States.  The Nazi slogan “Arbeit macht frei” (“Work sets you free”) is pictured at the gates of the former Nazi concentration and extermination camp Auschwitz-Birkenau in Oswiecim, Poland. (Agency Gazeta/Kuba Ociepa/via Reuters)
Post a Comment
Read more
More posts